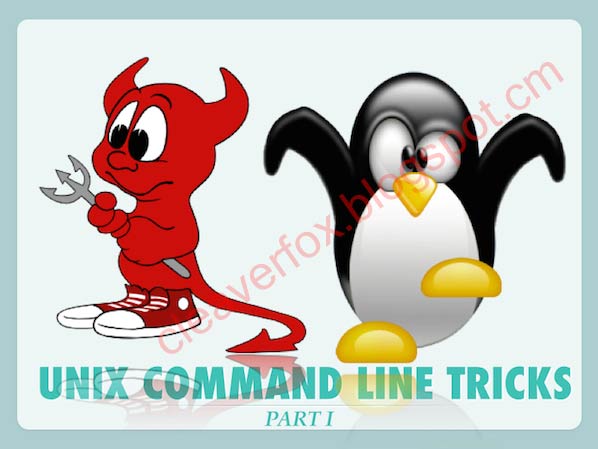 et us start new year with these Unix command line tricks to increase productivity at the Terminal. I have found them over the years and I'm now going to share with you. I had a huge log file 200GB I need to delete on a production web server. My rm and ls command was crashed and I was afraid that the system to a crawl with huge disk I/O load. To remove a HUGE file, enter:

Try the script command line utility to create a typescript of everything printed on your terminal.
Type commands:
To exit (to end script session) type exit or logout or press control-D
To view type:

As my journey continues with Linux and Unix shell, I made a few mistakes. I accidentally deleted /tmp folder. To restore it all you have to do is:

For privacy of my data I wanted to lock down /downloads on my file server. So I ran:
The root user can still has access and ls and cd commands will not work. To go back:

Afraid that root user or someone may snoop into your personal text files? Try password protection to a file in vim, type:
Or, before quitting in vim use :X vim command to encrypt your file and vim will prompt for a password.

Clear gibberish all over the screen

Pass the -h or -H (and other options) command line option to GNU or BSD utilities to get output of command commands like ls, df, du, in human-understandable formats:

Show information about known users in the Linux based system

How do I fix mess created by accidentally untarred files in the current dir?

Confused on a top command output?

Seriously, you need to try out htop instead of top:

Get a reminder you when you have to leave

If you need a reminder to leave your terminal, type the following command:
Where,

Want to go the directory you were just in? Run:cd -Need to quickly return to your home directory? Enter:cdThe variable CDPATH defines the search path for the directory containing directories:
Now, instead of typing cd /var/www/html/ I can simply type the following to cd into /var/www/html path:

Editing a file being viewed with less pager

To edit a file being viewed with less pager, press v. You will have the file for edit under $EDITOR:

You can create directory trees one at a time using mkdir command by passing the -poption:

Instead of running:
Run the following command to copy file into multiple dirs:
Creating a shell function is left as an exercise for the reader

See the output and write it to a file