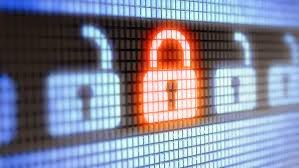 Every human discovery has pros and cons, so is the computer which has pervaded all our lives. The modern humanity is increasingly dependent on computer for various day-to-day activities. Computers do us a whole lot of good things, but it is not without some pitfalls. With the extensive use of internet for hundreds of our needs, computer opens a vicious cycle of hackers. Computer hacking is a term which refers to an individual’s illegal and unauthorized access to the data which are stored in a user’s system. This is done to disturb the confidentiality and security of the user’s computer.
The hackers focus on individuals’ computer system when they are online. As long as you are not connected to internet you are less prone to hacking. The access to internethas actually made computer hacking easy. You must protect your computer with strong antivirus and firewall programs to keep hackers away. Hackers are known for creating problems which are difficult to solve. This gives a good business to computer investigators and technicians. Hacking can be done in lots of ways. Few of them are given below:
Hackers also crash on wireless networks which do not have firewall installed and enabled. They can also send email attachments with malicious software which get embedded on the victim’s computer. Hackers attack accounts which have weak passwords. All these are done to get access to confidential and sensitive information of the users. Whatever is the method of hacking, the effect is harmful for the user. Your system will be flooded with viruses, malwares which steal your information. In order to avoid hacking one has to make sure that the systems at home or office have the latest anti-virus program and firewall installed and enabled. These programs need to be regularly updated. Use the latest browser and scan your computer on a regular basis.

The New Age of internet has brought with it many risk factors along with umpteen advantages. The New Age is the time where our personal lives are no longer very personal, but people are able to access personal information of internet users from various sources in the virtual world. We need to be careful about usernames and passwords, else it will lead to dangerous consequences. Universities, large companies and government agencies are mostly targeted by hackers simply because of the bulk of information they handle. The great newspapers like The Wall Street Journal and The New York Times were also targeted by hackers.
Computer hackers are people who gain remote access to information stored in a system elsewhere. During the 1950s and 60s hackers were more drawn towards learning the operations of a computer rather than stealing confidential information of a remote user. Unlike the olden days, now computer hacking has become more sophisticated and organized. In the late 1990s hackers tried to get access to files in the network of Pentagon. Some more expert hackers gained access to the patent files at the Indiana University School of Medicine in February 2003. Many hackers were sentenced in the history since hacking represents a potential national security threat.

One major tool hackers use to steal information from computer systems is the use of viruses. Over the years the number of viruses has increased drastically. The virtual world now has above 100000 viruses and the number grows virtually every day. Apart from the threat the computer hackers pose, they also can be beneficial in one way. They can bring to light the flaws in a computer network. Hackers can help in redesigning the system and in making information inaccessible to illegal users and to unauthorized access.

Getting a log in password is one of the predominant ways to get access to a computer which is by the side of the hacker. Getting remote access to a computer is another way to hack a system. Managing to crack a Wi-Fi password is the third method of sneaking into someone else’s system. Hacking if done on a public or school computer will have serious consequences. The hacker will be put behind the bars for illegally accessing the computer which does not belong to him or her.